This shop is working with Categories and Items. It does not make use of handling and delivery costs. The Order Entry is mailed to the Admin Account.
It has Multi language capability. German and English is already done. The User interface has CSS Capability 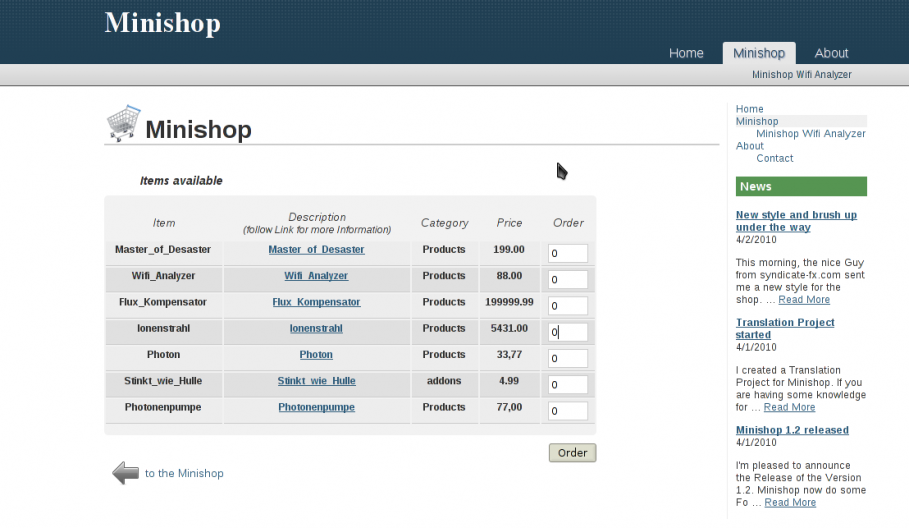