This plugin includes several font families of the TEX Gyre Usergroup.
TeX Gyre Heros can be used as a replacement for the font Helvetica, also known as Swiss (prepared by Max Miedinger with Eduard Hoffmann, 1957, at the Haas Type Foundry).
TeX Gyre Heros is based on the URW Nimbus Sans L released by URW++ Design and Development Inc. under GFL (independently of the GPL release accompanying Ghostscript). The Vietnamese glyphs were added by Han The Thanh.
The plugin is built up as several single family-plugins. The addons can easily be adapted for other font-families. Please read the included readme-first.md.

If You have the noscript-plugin in Firefox activated, then the plugin functions only partially (blocks Javascripts) 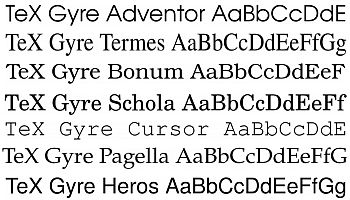